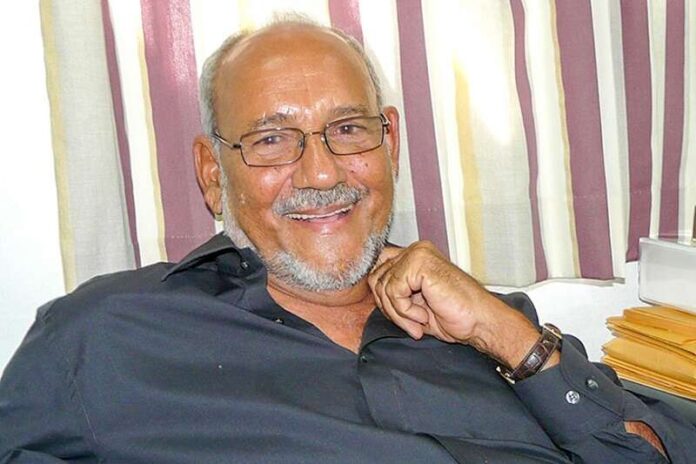 NDC further in its statement highlighted the efforts made by Sir James in setting the island in the direct direction by noting, “During his time serving our nation, he achieved huge amounts in steering St. Vincent and the Grenadines in the right direction, by providing economic stability and improving housing across our islands“.

The party further outlined the golden words used by IMF – International Monetary Fund for Sir James, citing that “there’s much to please and little to a fault” in his economic leadership.

NDC added that Sir James was the ‘embodiment of a true statesman and a nation builder‘, adding that everybody who knew him loved him.

“Sir James is undoubted to be credited for numerous developments in our country. We pray for Sir James’ family during this difficult time. May he rest in peace,” NDC stated.

Barbados Prime Minister Mia Amor Mottley cited, “We shared a passion for the Caribbean Sea and together recognised that with the right vision it was more of a cord that bound us together than a gulf that separated us. I will forever – cherish the moments we spent together”.

Sir James was facing some health challenges amid which he was admitted to a hospital and died just 5-days after he got discharged from ICU in the Queen Elizabeth Hospital in Barbados.

In his recent statement, which was given on October 31, 2021, Sir James, who was also famous as ‘Son Mitchell’, asserted, “I have never hidden my condition from the citizens of St Vincent & as you all know, I have always been reporting how I am feeling well and swimming and all of that”.

While daughters of Sir James (Sabrina, Gretel, Louise and Gabija), in an issued statement, stated, “We appreciate the – outpouring of concern from every segment of the – Vincentian populace for Sir James. We also thank his friends & colleagues from around the world who have reached out to us. The family is truly humbled by the great solicitude & support at this time”.