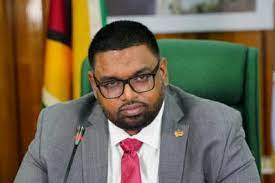 The trade unions earlier denied the proposal of the government as Guyana Trades Union Congress – (GTUC) demands the government to commit to paying the complete – GUY$10 billion approved by the National assembly earlier this year for increasing salary of the public servants.

He further stated that the – National Assembly has approved the GUY$10 billion, adding that “although the funds were listed under a line item, it also addresses year-round adjustments to wages and emoluments and caters for new employees in the public sector”.

The announcement of increasing salary was made by the government last Thursday, noting that the procedure will be started soon and the eligible employees will get the hike in their December salary & in time for the festive Christmas season.

But the trade union cited that among the GUY$10 billion which had been budgeted and passed for the 2021 increases, the recent 7 percent salary increase only accounts – GUY$4.2 billion, leaving the remaining GUY$5.8 Billion unaccounted.

The president highlighted that the previous administration only gave a 5 percent increase in the salary while their government is still offering a 7 percent hike.

Apart from this, Head of the State announced that the frontline workers in the local health sector would be getting benefit from a GUY$400 million pay-out.