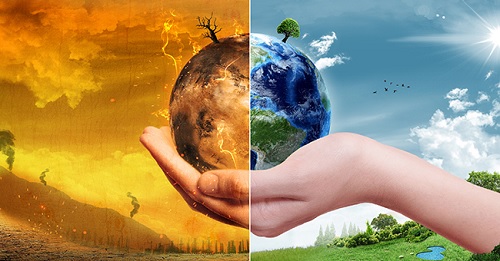 Guyana: Four young individuals have been provided grants so that they can implement climate action projects in their communities as a part of UNICEF Guyana and the Rights of the Child Commission’s – (RCC) Climate Changemakers Initiative.

On giving the grant, the UNICEF Deputy Country Representative Irfan Akhtar cited, “UNICEF is delighted to aid this group of exceptional young Guyanese. We hope it is just the start of their – climate action journey and will be an inspiration to other youth”.

Following the statement, he added that UNICEF understands that climate crisis is a child rights crisis, and hence, the organization is committed to helping young people who are ready to take action to protect the ‘future of our planet”.

The awardees & their projects are as follows:

This project will – involve youth in a Georgetown ward, raising awareness and taking action to promote environmental sustainability.

This project intends to find a more effective way of replanting mangroves. This would involve exploring the use of a – pioneer species of grass to set the foundation for growth of mangroves on mudflats on the West Demerara.

This project will – monitor, raise awareness & advocate for the protection for key freshwater sources in the South Rupununi.

This project will mainly focus on using social media to engage & raise awareness of climate change & its impacts, with the targeted audience that is youth of Guyana.

The awardees on receiving the grant have expressed their joy. Among the awardees –  Dash-Alleyne cited, “I am glad to have received funds for my social media awareness campaign which aims towards educating Guyanese youths about the environmental issue of climate change”.

“This opportunity is one – I plan to take full advantage of, and I promise to assure all my aims & objectives are being achieved. I believe, project like this is desperately needed because youths like – me are the ones who will inherit this earth, & it is imperative that they know every facts about this ongoing crisis,” the awardee further added.