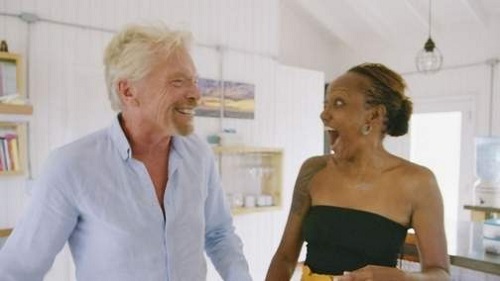 A woman from Antigua is set to become the first astronaut from the Caribbean. She won 2 exclusive tickets to the first space commercial travel of Virgin Galactic. These tickets are worth around $1 million.

The 44-year-old Keisha Schahaff, who is a health coach, wishes to have a space tour with her 17-year-old daughter, who aspires to work for NASA one day.

This amazing news was given to Schahaff by Virgin Galactic founder Richard Branson when he went to her home and surprised her.

Expressing her excitement, Schahaff cited, “I just thought I was doing a zoom interview. When I saw Richard Branson walking in – I just started screaming! I could not believe it“.

“I always was interested in space since I was a little girl. This is a great opportunity for me to feel alive & to just make the greatest adventure ever“.

This fundraiser was organised by Virgin Galactic via the Omaze platform, which was successful in raising $1.7 million. The company informed that this raised money would be donated to the NGO Space for Humanity.

While talking to media, she added, “I just filled out the application, did what was required, not realising that I would have actually gotten a response to it. I’m very encouraged to inspire others to also live their dream“.

The company informed that there were around 165,000 participants. While, in between the years 2005 and 2014, the company had already sold 600 space tickets, and 100 more were sold since the month of August.

The company aims to sell atleast 1,000 tickets before its first commercial flight next year.

“Being able to give individuals of all ages & backgrounds equal access to space, & in turn, the opportunity to lead & inspire others back on Earth, is what Virgin Galactic has been building towards for the past two decades“, the companys’ founder stated.