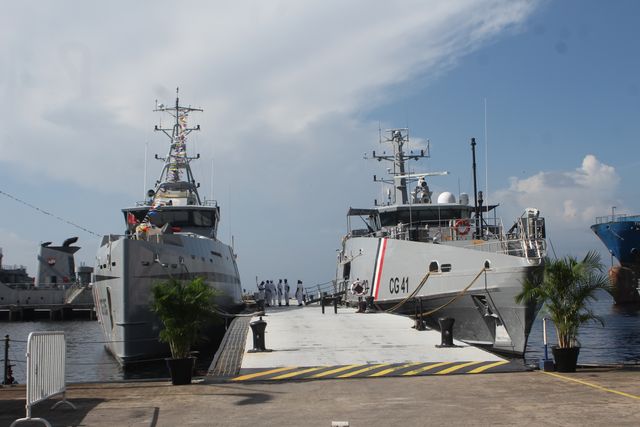 During the commissioning ceremony at Staubles Bay, Chaguaramas, Prime Minister Dr Keith Rowley asked the officers of the Coast Guard to utilize these vessels properly in order to eliminate human trafficking and the illegal gun trade.

“These are large crafts in so far as island nations are concerned but you caonboardoard the smaller vessels that can chase down and that can enter the coastal zones, make use of these facilities, you have good technology to determine who is around you, use it. You have good technology to strategize, to outthink, and to outrun, those who are bent on criminal activity- do that,” following the statement he cited.

Both the vessels are built by Australian shipping company Austal and partly funded by the Australian Government. This funding is a part of a programme which was launched islands with border security.

The vessels were delivered to the island in the month of July.

“Our men and women with the charge and responsibility of protecting the waters, protecting us from comers who would harm us, whether they are gun runners, human traffickers, or contraband specialists, it is the Trinidad and Tobago Coast Guard that stand between them and us. From time to time we suffer when we are penetrated but just remember, it is not the easiest of tasks and it is the largest of areas,” the prime minister added.

He further highlighted that arrival of these vessels would give a significant presence in the Atlantic Ocean.