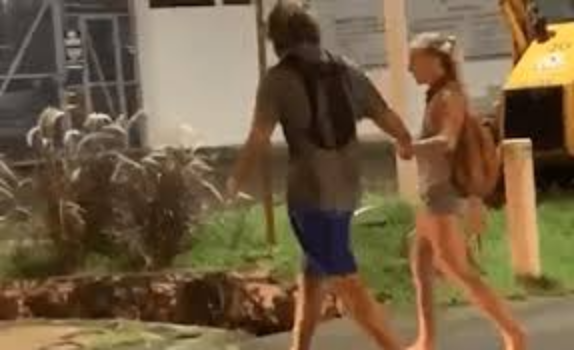 Tourism Minister of St Lucia Dominic Fedee responded to the viral video of a tourist couple on social media who identify themselves as belonging to Florida, out in public without wearing face masks.

The man and woman are walking along the Gros Islet highway near the Bank of Saint Lucia building in the video.

The man who made the video from his moving vehicle asked the couple where they are from, to which the man replied: ‘Florida.’

The male visitor added that they were on a boat when the man making the video asked whether the couple was staying at a local resort.

The man recording the video then said that they are supposed to wear masks.

The Tourism Minister said regarding dealing with such situations that the authorities would establish where these visitors are staying.

Fedee said that from watching the video, he is of the opinion that the couple indicated that they are from the boats and not some local resort.

The Minister noted that the person who made the video had asked some important questions.

The Minister said that in following up, the authorities would try to ensure that the COVID-19 protocols are observed in the country.

He explained that what is to be understood is that people in the yachting sector would be here for about 14 days, so there is a quarantine experience on the vessels.

The Minister said once the quarantine is completed, the visitors are then allowed to go into the communities in the same way as returning nationals who come back home to St Lucia from COVID-19 hotspots.

The Minister said that he wants to make it clear that a lot of the individuals in St Lucia on yachting experiences also come from safe countries which are within the bubble.

He asserted that this would ‘tremendously reduce’ the risk of any transfer of the virus from person to another.