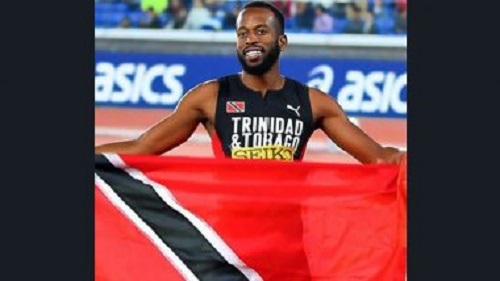 Trinidad and Tobago: Prime Minister and leader of the People’s National Movement, Dr Keith Rowley, mourned and presented his condolences on the demise of the Olympian and World medallist sprinter, Deon Lendore, who lost his life in an accident. Lendore died at the age of 29 in a car accident in Texas, United States.

PM wrote on his party’s official Facebook page, asserting, “We are shocked and saddened to hear of the untimely passing of the Olympic and World medallist sprinter, Deon Lendore“.

Please join us as we extend heartfelt condolences to his family and join the national community in mourning“.

Meanwhile, as per the statement issued by the Texas Department of Public Safety, the Trinidadian sprinter died on the spot at the time accident took place on Monday. The department noted that Lendore was driving westbound on FM 485 in Milam County in his 2015 Volkswagen Jetta when his car crossed over the center line, sideswiping a vehicle that was coming from the opposite way.

Born on October 28, 1992, Lendore is among other public figures who engraved his name in the history of the Caribbean region, inspiring millions of youth people.

Another social media user named Nancy Inniss asserted, “Very sad. Condolences to the family and all concerned. May his soul rest in peace”.