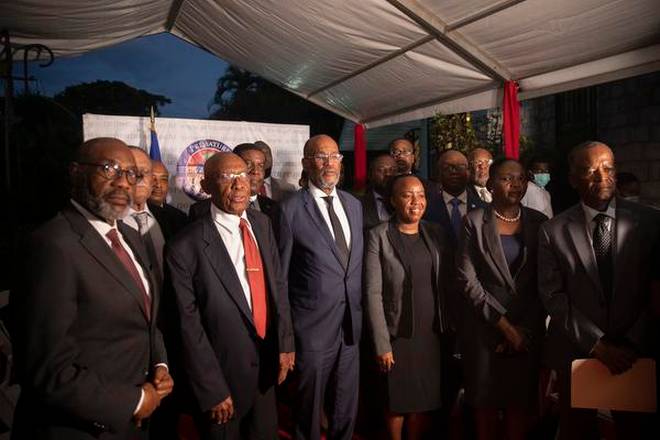 Amid the turmoil situation on the island, Haitian Prime Minister Ariel Henry has appointed his new Cabinet, who was sworn in on Wednesday.

While addressing the new Cabinet, the prime minister cited, “You accepted this under difficult conditions. We are doing maximum with the funds that we are having to restore the authority of the state & put away the ones that need to be put away“.

PM Henry furthermore warned the Cabinet that difficult decisions are ahead of them while relating to the current situation in the island.

The island is currently facing a high spike in gang violence, fuel shortage, rising crime rate, poverty, hunger crisis and COVID-19. Besides this, the island country is also trying to recover from the destruction that was caused by the 7.2 magnitudes of the earthquake.

To the issues being faced by Haiti, the Prime Minister noted that the government is making every possible effort it can with the resources it has to make sure that the general public is safe.

PM Henry stated, “One of the main responsibilities of this government is to create a safe and stable environment for its citizens”.

Addressing the issue of fuel shortage, the leader informed, the Haitian government has invested ‘tens of thousands of dollars to subsidise gas, but it cannot maintain that situation much longer.

Among those new appointed is – Jean-Victor Jeneus, who will be replacing Claude Joseph as minister of foreign affairs and worship.

Apart from this, PM Henry has condemned the ongoing increasing gang violence while warning the criminals to lay down their weapons & surrender themselves or either they would be neutralised or end up going to prison.

Calling on the new Health Minister, the prime minister recommended him to initiate a COVID-19 vaccination campaign with the motive to encourage the general public for getting inoculated against the virus.