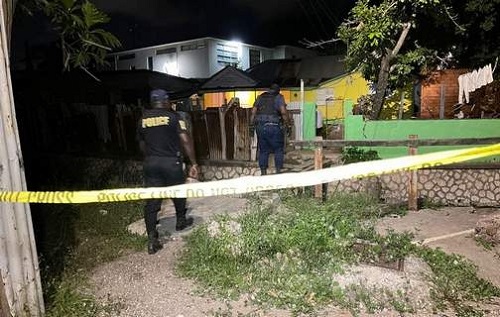 Jamaica: Another police officer was shot and killed on Emily Lane in Allman Town, Kingston. The Police Officer has been identified as the – District Constable Kemar Armstrong.

Armstrong was assigned to the Bands Division of the Jamaica Constabulary Force – (JCF). The constable was at his home when he was attacked and shot by armed men.

Armstrong was immediately taken to the Kingston Public Hospital later, where he scummed to his injuries. This was the second incident where a police officer was being shot and killed in just one day.

In the first incident, Detective Constable, identified as – Paul Gordon, who was assigned to the Linstead Police Station in – St Catherine, was killed during an unprovoked attack by a man believed to be of an unstable mind. The cop, who was not wearing his uniform, was attacked and hit on the head while using the sidewalk near the Linstead Transportation Centre.

Jamaica is one of the usual violent nations in the Caribbean region. In the year 2020, there were approximately 46.5 homicides per 100,000 inhabitants in the island nation, the highest homicide rate in – Latin America and the Caribbean that year. However, the homicide rate had improved compared to the year 2019, when 47.4 homicides were registered per 100,000 population.

The crime rate of the island country declined in the year 2018 after the year of 2017 and then again rose in the following year and till now is still getting high.

Some regions of Jamaica, especially cities such as – Kingston, Montego Bay, and the Spanish Town, witnesses high levels of crime & violence. Jamaica has/had one of the – ‘highest murder rates’ among the nations world for many years, according to the United Nations estimates. The Former Prime Minister P. J. Patterson described the situation as – a national challenge of unprecedented proportions.