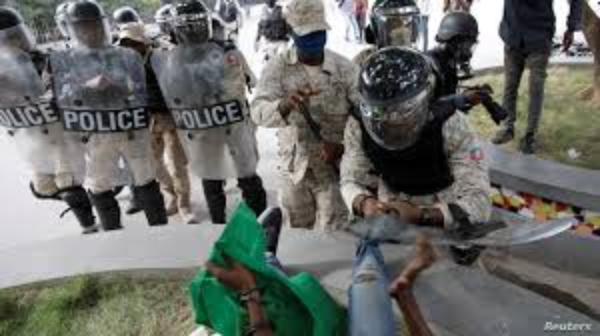 On Wednesday, a clash occurred between the protestors and the Police in the capital city of Haiti, Port-au-Prince.

At the same time, the protesters called for President Jovenel Moise to resign amid the allegations of corruption against him.

It was reported that one person got shot in the head as demonstrators tried to reach an area where Moise was placing a wreath at the National Mausoleum remembering the 217th anniversary of the Haitian Revolution when Haitian forces defeated Napoleon’s French expeditionary forces.

The political situation in Haiti is not helping the country in generating donations from the international community, and it is hampering its ability to respond to a long-standing economic struggle, including food shortages.